belief – noun – trust, faith, or confidence in (someone or something). (Source: Oxford Dictionaries) 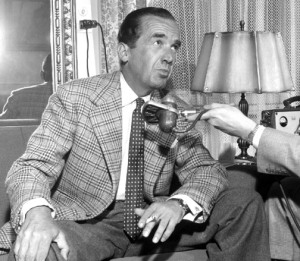 Belief can be empowering or it can be limiting. Often our beliefs are self-fulfilling. One person’s belief that something is impossible will prevent them from achieving it. Another’s belief that the very same thing is possible will enable them to achieve it.

There are three different ways in which I want to explore how belief is important to leadership:

Belief in your goals

In order to be a leader in your organisation you need to believe in the goals and values of the organisation.

For more on being aligned with and believing in your organisation’s values see yesterday’s post: Purpose.

If you want to be a credible leader you need to be able to be authentically enthusiastic about your objectives. If you don’t believe the organisation’s goals are achievable, you won’t be able to plausibly communicate your team’s objectives to them. The alternative is that there will be a disconnect between the goals of the organisation and those of your team. The end result will be people paying lip-service to the organisational objectives while the leadership team lose credibility. Your goals need to be believable.

Does this mean your objectives should not be challenging or even audacious? Absolutely not, just make sure they are within the bounds of believability. If you can’t look yourself in the mirror and believe in the goals, maybe you’ve gone past stretch-targets and into the realms of make believe. In fact, big, audacious goals are much more likely to inspire your teams than easily achievable goals. I think this may be one of the real keys to great leadership: to pitch the organisation’s goals at that tipping point between inspiration and fantasy.

In my opinion, Steve Jobs’ true genius was his ability to know how to inspire his teams by setting a standard for their products and innovation beyond what the competition had imagined achievable without going beyond what his teams could actually achieve. I think that one of Steve’s mistakes at NeXT was setting their goals too high, leading to overrunning and also making the products unaffordable. He also misjudged the market. Clearly lessons he had learnt well by the time of his second stint at Apple’s helm.

Another great example of an audacious yet believable goal was JFK’s decision made in 1961 that the USA would put a man on the moon by the end of the decade. This must have seemed barely credible to many, with the US falling behind in the space race. To the teams at NASA, who understood that this was an engineering challenge and that the technology was well understood, the goal would still have been audacious, challenging and inspiring, but, crucially, it would not have been unbelievable fantasy.

As a leader you should have realistic optimism about your objectives. Optimism is important, but so is keeping it real.

A leader needs a healthy self-belief. I am not here talking about an unshakeable arrogance – that is a route to the dark side of leadership. Good leaders need to balance their self-belief with humility and also know their limits. Don’t let self-belief become overconfidence or arrogance.

Know yourself, know what you are good at and believe in your own abilities.

Without self-belief, your conviction in the organisation’s objectives will feel hollow. You will not be able to inspire your team to believe in those big, audacious goals.

Without self-belief, your conviction in your team’s abilities will also feel hollow. How will you get your team to believe they can outperform if you don’t believe in yourself?

Without self-belief, when times get tough, you will find it hard to be resilient, to keep going and to keep focussed on your goals.

Great leaders all have self-belief. Is self-belief innate or can it be learnt or acquired? Maybe some people do have a natural tendency toward greater self-belief. I suspect though that this is more nurture than nature. Our early experiences, successes, failures and the encouragement or lack of it from those around us, our parents and teachers, will have shaped our self-belief. If you lack self-belief, you can work on this. Build positive feedback into your daily routine – for yourself and for your team. Find a mentor to help you identify your strengths and build self-confidence.

Belief in your team’s abilities

If you don’t believe in your team’s abilities, they will live up to your low expectations. If you believe they can outperform, they will do their best to prove you right – so long as they believe in you.

Sam Meldrum is a Partner at Barnett Waddingham LLP where he leads the IT team. I have an interest in leadership, business, economics, technology, Christianity, running, cycling​ and photography. You can find my other stuff on the web by visiting about.me/SamMeldrum​ or follow me on Twitter: @SamMeldrum.
View all posts by Sam Meldrum →
This entry was posted in Leadership and tagged belief, big hairy audacious goals, high performance teams, motivation, objectives, self-belief. Bookmark the permalink.